In May Peter-Service hosted its third Telco CTO Summer Summit, an annual forum bringing together telco CTOs and CIOs. Which topics were discussed at the summit? Where do new business ideas come from? Are summit attendees looking to expand into new sectors? Which technologies are they investing in today, hoping to release “killer apps” tomorrow?

Why Become a Digital Service Provider

Summit attendees, telecom professionals, were unanimous in one thing: transforming from a CSP into a DSP will soon become the only way to maintain your position in the market. This opinion was shared by the telecom operators from northern Europe, Turkey, Russia and CIS countries whose representatives took part in CTOSS. By the way, the guests from Iran and Afghanistan who attended last year’s summit seemed as determined to move in that direction as their colleagues this year. Needless to say, digital transformation is a trending topic across Western Europe, the US and other developed markets, attracting constantly growing attention from analysts and professional media.

What did summit attendees suggest? Drawing on their own experience, they choose different paths. Country-specific factors still play a significant role in the process of digitalization, sometimes having a decisive influence on the forms that the long-awaited digital transformation is going to take.

The Internet of Things is the first example that comes to mind in this regard. It has taken off and is growing rapidly in the rich Nordic countries. Once it is in place, it provides a solid foundation for other technology advances, such as Big Data, predictive analytics, still-nascent eHealth and so on. If you look at other markets across the globe, you will see that, for example, in Turkey mobile applications, mainly focused on entertainment and communications (music, videos, messengers, edutainment), offered by mobile network operators to their subscribers are becoming increasingly popular. They may be used as a good starting point for developing smart solutions; leveraging their success in the mobile app market, operators can offer smart home and smart transport services. In Russia, where mobile finance has become one of the most successful segments in the digital market, the rapid rate of growth in digital finance services is a sure sign that operators’ efforts in this area will pay off.

It is obvious that the starting conditions are different in each country; but, no matter where they begin their journey, all operators want to build something quite similar – an end-to-end ecosystem that would satisfy every possible need of their subscribers.

Why remaining a CSP is not even an option

But what about the conventional services? After all, the point of many new technologies, such as 5G for example, is not to bring the operator directly into the digital world but to ramp up what it already has by improving the speed, coverage and response time. Even though each of those parameters is surely important for the new digital services, actually it is all about the same infrastructure tasks that have been there for ages and about maximizing the benefits that can be easily seen by the subscriber – a faster speed, better quality of signal and expanded coverage.

Abandoning the conventional services is not on today’s agenda, at least until communications services account for the lion’s share of operators’ revenues. But let’s take a closer look at these charts

The data presented at the summit by Lifecell Ventures provides clear evidence that telecom business revenues are declining. This fall is partly driven by the ongoing shifts in revenue distribution across the fixed-line and mobile sectors, with telephony being replaced by data services as the main source of revenue. However, if we look at the whole picture, we will see that, even after the above mentioned shifts are factored in, the total revenue continues to decrease, with the growth in revenues from data traffic being not strong enough to make up for the loss in voice revenues.

Meanwhile, digital services are mushrooming thanks to the improvements in the quality of communications services. No one can reliably predict what the outcome will be. Digital services are consuming increasingly more traffic; subscribers are ready to put up with higher charges; but the competition between operators in combination with some other negative factors keep ARPU under pressure.

According to Lifecell Ventures, telcos will lose as much as $100 billion to OTT players globally this year.

Catching the other end of the pipeline is the telcos’ answer to the revenue shortfall problem. This is not the only solution, but the other options, like charging OTT services, slashing bandwidth, launching triple-play services, either have proven to have little effect or just cannot be implemented. Seen from this angle, digital transformation looks not just as a reasonable move, but as practically the only way to not only cut costs but also create new revenue sources.

What can be done right now

Digital transformation offers almost endless possibilities. However, telcos have some priorities that are worth paying special attention to.

During CTOSS 2017, Peter-Service, the host, conducted a small survey, asking the participants to choose the areas which in their opinion have the biggest potential.

As we can see, Big Data is at the top, which is not at all surprising given telcos’ belief that big data is key to every other area of their interest. In other words, the idea that data is a new oil has not lost its luster and appeal. Moreover, some telcos, like Telia Company, for example, admit that data monetization is likely to become the core element of their business model in a few years.

Data collection is just the first step, usually followed by processing, storage and, ideally, automatic generation of insights (the predictive analytics part that was mentioned earlier). Faced with such tasks, telcos end up building partnerships with IT companies, demanding that: a) everything be done quickly – ideally, in real time – because in many cases yesterday’s data is useless; b) users’ security be ensured and personal data be kept confidential. The last point is supported by the strong interest in cybersecurity, with 40% of the guests pointing out its importance.

Unsurprisingly, mentioned by 60% of the summit attendees, the Internet of Things ranks second, just a couple of percentage points behind Big Data. To put it into perspective, at last year’s event the Internet of Things was named by 56% of the participants when they were asked about the topics they considered relevant for their business at the time. That is, the interest in this topic remains strong; in fact, a growing number of experts and professionals believe that the IoT is playing a crucial role in telco transformation.

The Internet of Things is emerging as a new paradigm in the telecom market, encouraging operators to revamp their business models. With the advancement of the IoT, telecom operators will transform into platforms collecting a variety of unique information with added value. As a result, the market will undergo a fundamental change. The transformation process will be gradual, taking 10-20 years to complete, but it is already underway.

In contrast to last year’s survey when only 13% of the interviewed named clouds a priority in the context of digital transformation, they did way better this year, with 35% of the participants highlighting their importance. Telcos are increasingly coming to a realization that they will hardly be able to collect and make sense of terabytes of new data or serve dozens of millions of devices without a proper cloud platform, either built internally or rented.

For instance, a Turkcell representative, while telling about Turkcell’s digital services, mentioned Lifebox, a custom-built cloud platform that shows quite a good performance and is among Turkcell’s top four apps, being almost as popular as BiP, a messenger, and Fizy, a music streaming service.

Another survey finding was that mobile commerce remains a major focus. Its relevance also soared from 19% last year to 50% at this year’s gathering. 2016 was rich in financial service launches, including launches by telecom operators, such as, for example, MegaFon, who teamed up with Peter-Services to offer its customers bank cards associated with their SIM accounts.

Some areas, which had not attracted any interest from the industry or had not matured into separate segments by last year’s summit, grew in importance this year. The most notable examples are virtual reality and chat bots, which both got 20% of participants’ votes. By the way, attendees had a chance to get hands-on experience of virtual reality technology and assess its potential by participating in a VR demonstration set up right at the summit venue.

Despite all the hype from a few years ago, only 5% of the attendees listed wearables as a priority. But who knows, may be this topic will get more attention next year. At least, it is evidently too early to dismiss it completely, and the fact that some of the event participants were wearing fitness trackers speaks for itself.

The range of topics covered in the presentations delivered at the summit was largely consistent with the survey results. To highlight the importance of the IoT, the participants were invited to take part in a round-table discussion of IoT-related topics.

The operators and vendors who attended the summit acknowledged their commitment to digital technology and determination to bring about the necessary changes, shared their visions, insights and experience as well as found common ground across a range of issues. Expecting to see major changes in their IT infrastructure, business models and strategies in the coming year, they consider digital transformation the most important part of them.

Digital transformation is a strategic priority, with operators benefiting greatly from launching digital services. Another important aspect I would like to stress is delivering digital experience across customer and employee touch points. Finally, the operator’s efforts in rethinking its business processes and adopting agile development for rapid roll-outs of new products are also heavily dependent on the operator’s progress in transformation. 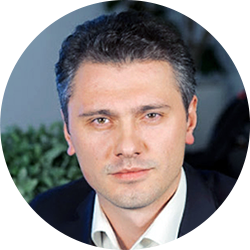 While most of the guests at the first summit, which was held in 2015, were from Russia and CIS countries, the second and third summits brought together a wider, more globally diverse audience.

The telecom operators who took part in CTOSS 2017 have operations in countries with a total population of over 300 million people.

The organizers are going to expand the event’s geographic reach by inviting operators from Europe, Asia and North Africa. Some of them have already expressed interest in attending the summit next year.

Closer cooperation with regulatory agencies is another area the organizers are going to focus on. At the summit opening in 2017, Dmitry Alkhazov, Deputy Minister of Communications and Mass Media of the Russian Federation, welcomed the guests, noting that the event was aimed at facilitating the global expansion of Russian software as well as contributing to the development of the Russian IT industry and its export potential.

At next year’s event, attendees will be invited to discuss a broad range of topics. Operators have a keen interest in all things 5G; they want to understand what growth potential digital services and platforms have; they would like to exchange experience and success stories related to the launches of new services, including IoT services; they need a better understanding of monetization opportunities in such promising but still largely untapped and unknown areas as VR, blockchain and data-refining. And of course, the main focus of the next summit will again be on cooperation between telecom operators and vendors and telecom business transformation.

As for the organizers, they are looking to attract more guests, expand the event’s geographic reach, invite engaging speakers and promote the summit’s brand across professional audiences.